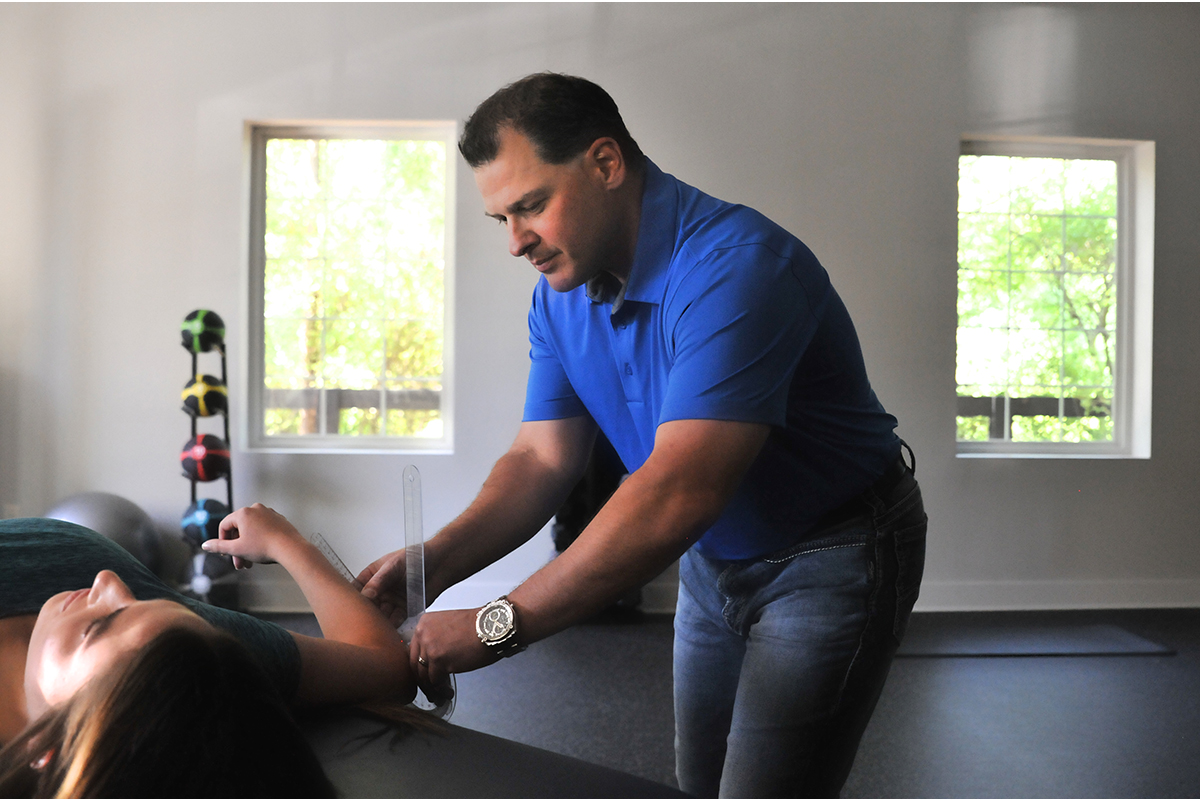 Had it not been for an ACL tear, would the NASM Optimum Performance Training™ model exist? Fortunately, the world of human movement science will never know, because that college-football injury changed the career trajectory of Micheal A. Clark, MS, DPT, now known as the creator of the NASM OPT™ model.

END_OF_DOCUMENT_TOKEN_TO_BE_REPLACED

DONATING BLOOD AND EXERCISE: WHAT YOU NEED TO KNOW

Do you ever give blood? According to the Red Cross, we need over 6,000 blood donations every day to treat patients in need across England which is why there’s always a need for people to give blood.

END_OF_DOCUMENT_TOKEN_TO_BE_REPLACED

THE SIX MOST IMPORTANT STEPS WHEN TRAINING YOUTH

Training youth in sports and other physical activities has never been more important. Childhood inactivity and obesity keep rising, while access to physical education keeps falling. Trainers can turn that around, becoming fitness mentors who put children on a path to staying active and healthy for life.

END_OF_DOCUMENT_TOKEN_TO_BE_REPLACED

CHALLENGE YOURSELF WITH THIS OPT™ BASED TRX WORKOUT 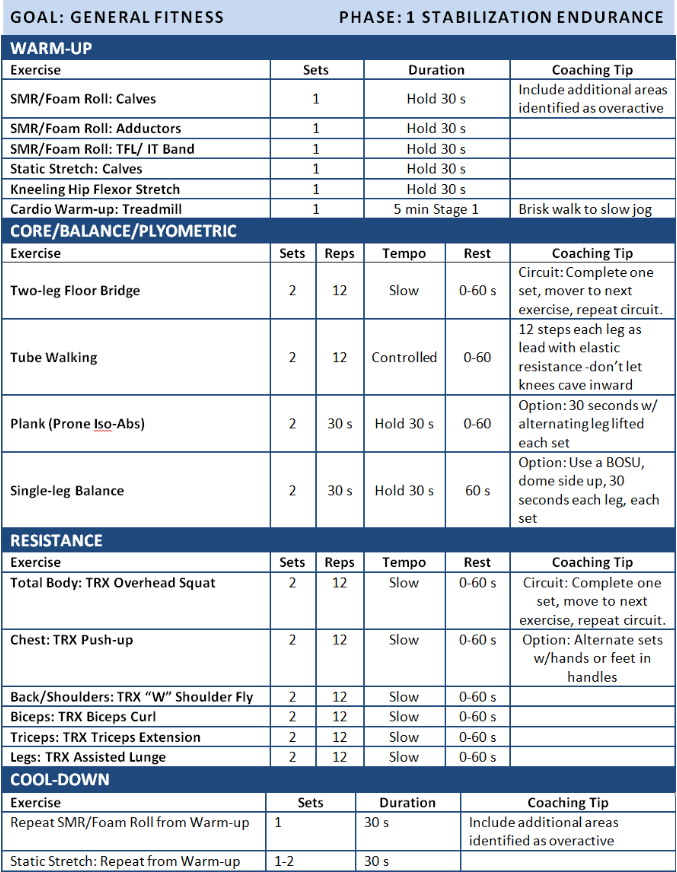 Looking for a fun workout that incorporates the TRX Suspension Trainer into an Premier Global NASM Optimum Performance Training™ (OPT™) Phase 1 program? We’re sharing this OPT Phase 1 Stabilisation Endurance program with you – it’s great for the generally fit and healthy client with knees that may move inwards during an overhead squat assessment. Be sure to modify to best meet your client’s needs with appropriate progressions or regressions.

END_OF_DOCUMENT_TOKEN_TO_BE_REPLACED

Curiosity about the connection (or lack thereof) between muscle hypertrophy (size) and strength has been around since as early as 1955. Though many people believe that long-term adaptations in strength depend upon gains in size, there is remarkably little evidence to support that. When a team of researchers examined the evidence last year, they found a weak correlation between changes in muscle size and muscle strength after training. That's not so surprising when you consider that muscle mass is lost during detraining, while strength often remains steady. Further, low-load and high-load resistance training each can trigger similar growth in muscular size, though the strength gains from each of these differ.

END_OF_DOCUMENT_TOKEN_TO_BE_REPLACED

HOW TO ADDRESS OVERACTIVE HIP FLEXORS WITH CORRECTIVE EXERCISE

END_OF_DOCUMENT_TOKEN_TO_BE_REPLACED

RESEARCH REVIEWED: HOW TO ACTIVATE THE SERRATUS ANTERIOR

If you're using the pushup-plus exercise to activate the serratus anterior, recent research concludes that traditional pushups work just as well. In a small study published in BMC Musculoskeletal Disorders [2015; 16, 23], researchers studied the effects of PUP variants on (among other things) the electromyographical activity of four shoulder muscles, including the SA, during concentric contraction. They found that the highest EMG activity of the SA occurred at 55 degrees of elbow extension during the concentric phase of the PUP and not at the plus phase.

END_OF_DOCUMENT_TOKEN_TO_BE_REPLACED

Traditionally, reactive or power training has been viewed as training used exclusively in athlete’s programs. Although this is an important component in the athlete’s protocol, it’s an equally important component in the exercise program for a typical gym member. Every activity we perform, whether on the playing field or during everyday activities, require individuals to react and generate force quickly to certain demands place on our structure. It is critical that individuals are trained at speeds that are functionally applicable to everyday life and sport, decreasing the risk of injury and enhancing overall performance.

END_OF_DOCUMENT_TOKEN_TO_BE_REPLACED

Fitness instructors and trainers are always looking for new exercise ideas to bring to their fitness classes, and there have never been more options at our fingertips, thanks to social media. Picking up new ideas is as easy as tapping the YouTube or Instagram app on your phone. However, with fitness-related video clips being posted on the daily, fit pros must be extra discerning about sourcing the best and safest exercises from the most reliable accounts. Here are a few ground rules for seeking out exercise inspiration on social.

END_OF_DOCUMENT_TOKEN_TO_BE_REPLACED

Playful exercise can be something as simple as a game of tag. While that’s fun, it probably won’t target all of the areas a client needs to work on. To do that, you’ll need to find ways to combine playfulness with exercises that will help your client reach their goal.

END_OF_DOCUMENT_TOKEN_TO_BE_REPLACED

Previous All posts Next